In 1961 Tom Simpson won the Tour of Flanders, something no other British rider has ever achieved. This is how he did it.

March 1961 saw Simpson in terrific form. In only his second full year as a professional, and still only 23, he finished fifth overall in Paris-Nice, then ran out joint winner of the now defunct stage race, Menton-Rome. Two days later he was in Ghent for the start of the 1961 Tour of Flanders. 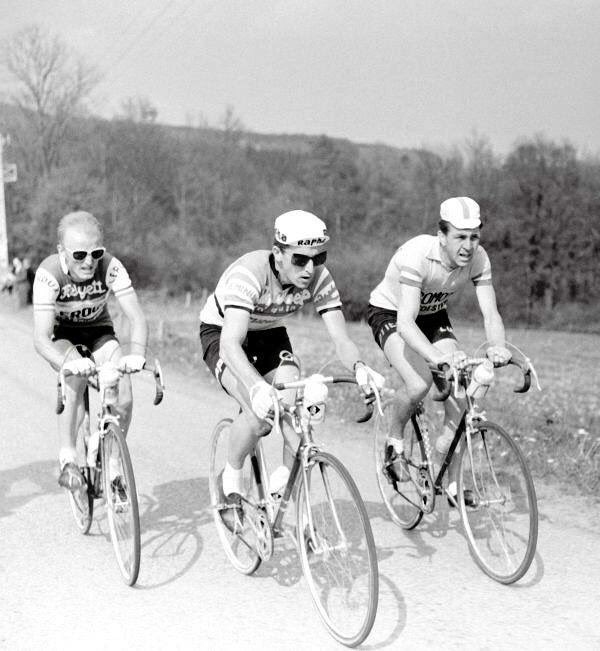 Simpson (centre) at the sharp end of Paris-Nice 1961

In those days the race had four distinct phases. From the start in Ghent the riders followed a long straight road north-west over flat farmland towards the coast. There the route turned left and headed south-west, past sand-dunes, seaside resorts and the busy port of Ostend. The coastal section was prone to fierce crosswinds, and it was often where the first big decisions were made. Next the riders turned inland to attack the tough cobbled climbs of the Flemish Ardennes. And finally, there was a short hop north to finish on the outskirts of Ghent.

Since the first Tour of Flanders in 1913 nearly 70 percent of its winners have been from Belgium. And the vast majority of those Belgians are from Flanders. It’s the race every Flemish cyclist wants to win, and if they can’t win it they want to be seen doing something in it. There have always been attacks from the start, but in 1961, instead of some lowly riders looking for publicity, it was the big hitters who struck out early. The first break contained the reigning world champion Rik Van Looy, plus Arthur de Cabooter and Jos Planckaert.

The group worked well together and quickly got a good lead. Van Looy fell, hurting his wrist, but the rest pressed on, gaining time. It was still early, but it looked promising. Emile Daems, Michel Stolker, Camille Le Menn and Tom Simpson’s team-mate, Jo De Haan bridged across. 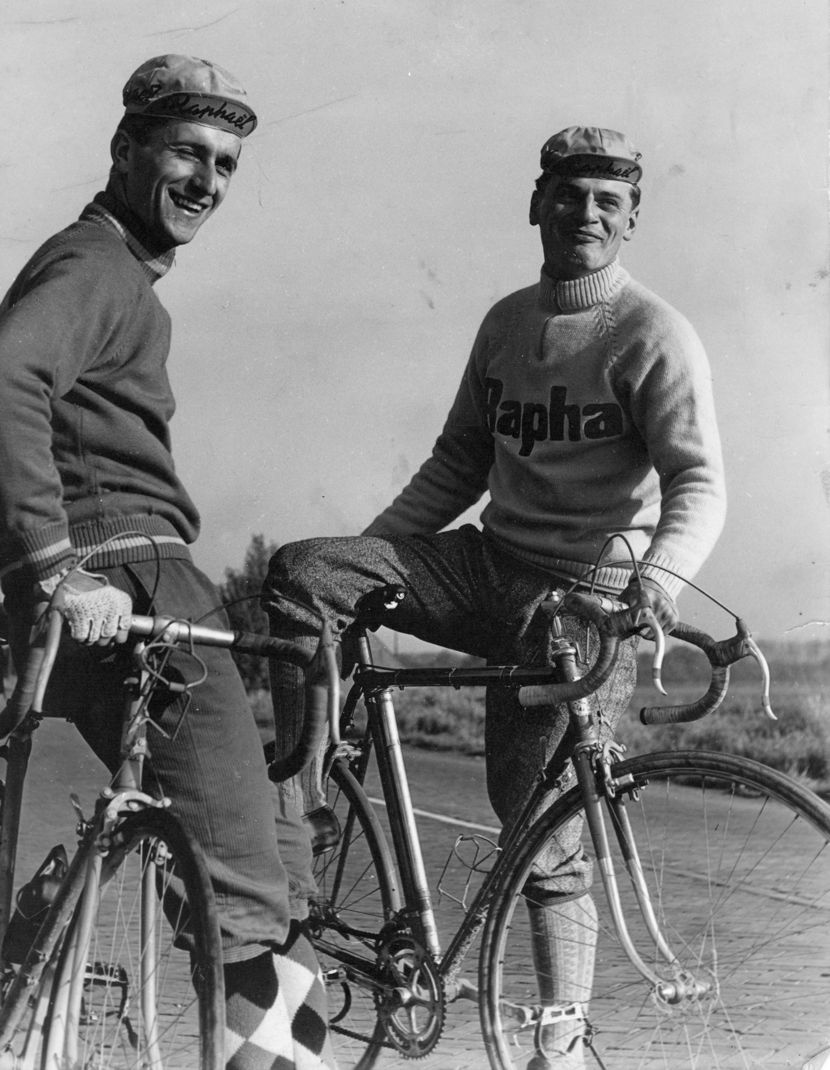 Now the break had potential to stay away until, and Simpson knew it. He was on a good day, he knew that too, and he knew he could win. Tom knew before every big victory of his career, because he targeted races and was meticulous in training and preparing for them. He targeted the Tour of Flanders as his number one objective for the spring of 1961.

In my book, Cycling Legends 01 Tom Simpson, published by www.cyclinglegends.co.uk Tom’s wife Helen, now Helen Hoban, describes how they worked together when he was training for a specific race. How Tom’s soigneur would live with them in the run-up, helping with training sessions, providing massage and even deciding on meal times. And how she to sourced and prepared exotic salads and liquidised concoctions fruit and vegetables. Tom was aware of and used a mix of the latest science and old cycling lore to train and prepare. He kept his weight in check, avoided foods that were accepted as bad for athletes and focussed only on the good. He was meticulous with his bikes too, thinking all the time about where he could get an advantage. What Helen reveals is fascinating stuff. 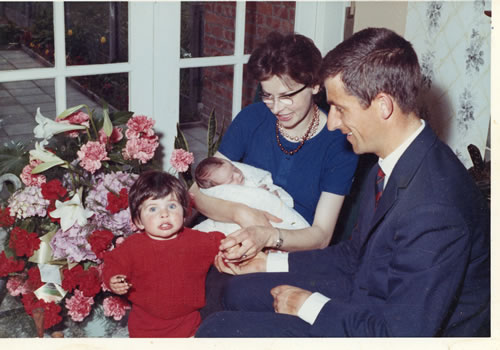 Tom and Helen with daughters Jane (standing) and Joanne

Simpson attacked, and bridged across to the breakaway in a flash, but he took the Italian national champion Nino Defilippis with him. Defilippis was one of the fastest sprinters in the world and Simpson gave him an armchair ride across to the others, never asking the Italian to take a turn at the front. It looked like a naïve rookie move, but Simpson knew better.

Once he caught the breakaway, Tom worked with the others for a while then attacked again. And Defilippis was the only one strong enough to go with him, again. They quickly distanced the rest, and as they approached the finish on the outskirts of Ghent it was obvious they would not be caught. It was also obvious that with no hills left Simpson had nothing to help him get rid of Defilippis. To win he would have to out-sprint one of the fastest sprinters in the business.

The finish was on a small circuit. The riders did three laps, so they crossed the line twice before they finished on it. The two worked together until the final lap, when in the closing stages Simpson attacked. He started sprinting with around one kilometre to go. Defilippis quickly closed up to his rear wheel, and stayed there. 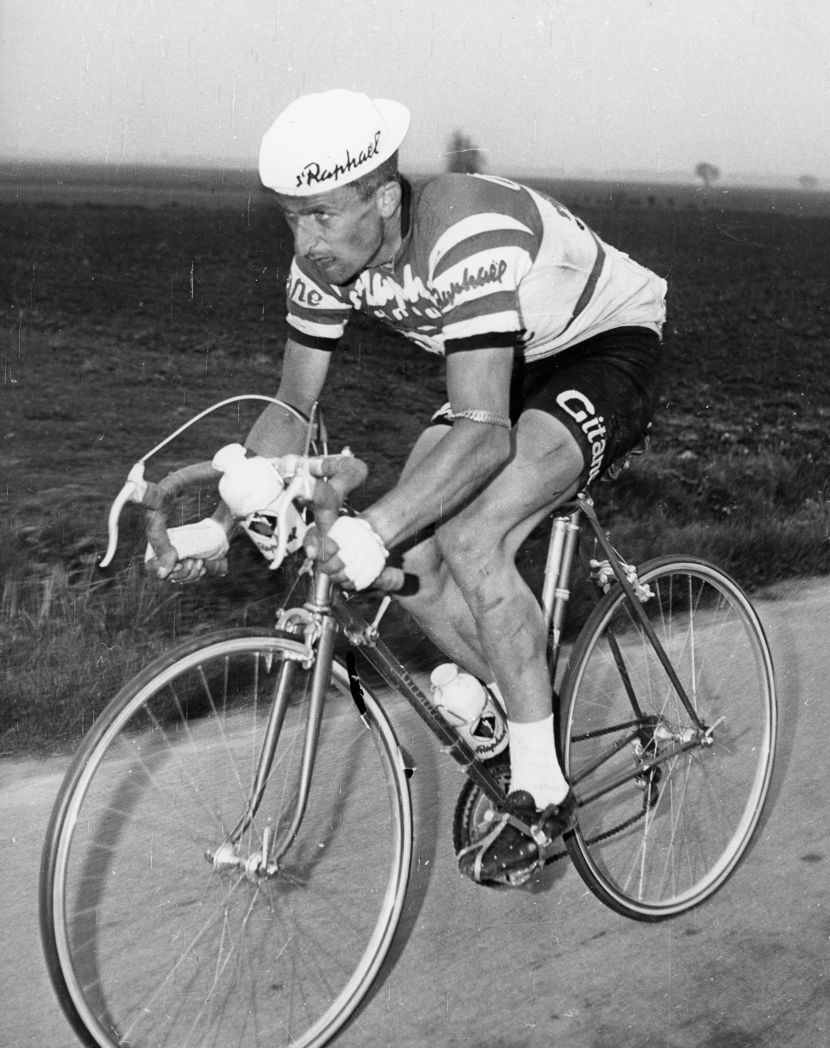 Bridging to the 1961 Tour of Flanders breakaway

In his 1966 autobiography, Cycling is my Life, Simpson described how he slowed with about 300 metres to go, making it look as though his effort was over. Defilippis fell for it, and he jumped past on Simpson’s right. But as he did Simpson started sprinting again, moving across to Defilippis’s right. Then as they approached the line the Italian, thinking he had a comfortable lead, looked behind him on his left expecting to see his rival there, but he wasn’t. Confused for a moment Defilippis slowed, and Simpson galloped past on the Italian’s right to take his first classic victory.

He had won the Tour of Flanders. He was the first British rider to win one of the five monuments of cycling. So far Mark Cavendish is the only British rider to have won one since. Simpson won three. And still, today, no other native English speaker has ever won the Tour of Flanders. That will surely change, but the other remarkable fact was Simpson’s age and inexperience.

It was the first time Tom had ridden the Tour of Flanders, a race that pro riders agree they have to learn, to experience a few times before they can hope to do well. Even the top Belgian classics rider of his generation, Tom Boonen didn’t win Flanders first time out, and he was one year older than Simpson when he took his first victory.

The way he won was special too. The great Rik Van Looy says; “Tom Simpson was a great champion in my day and he would be a great champion now, and you can’t say that for every rider back then.” It’s true, there are similarities between the way Simpson raced when he was on top form and the way Julian Alaphilippe wins today.

Like the Frenchman, Simpson would make well timed but blistering attacks then win with a killer sprint. At his best it was often just two attacks; one to get up to a breakaway, one to thin it out, then he’d outsprint whoever was left at the end. It was how he won the Tour of Flanders in 1961, Milan-San Remo in 1964 and the world road race championships in 1965. When he won his other monument, Il Lombardia in 1965, Simpson was on another level and just rode away from the rest to win alone by over three minutes. 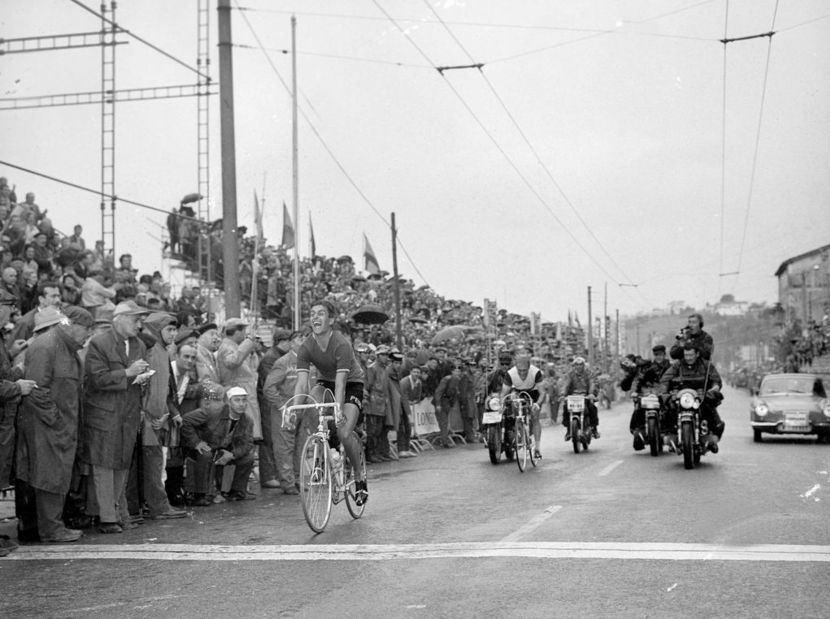 The 1961 Tour of Flanders put Tom Simpson up among the best in world cycling, and his involvement in the race was by no means over. He finished fifth the following year, then in 1963 he was third. It’s an incredible record in one of the hardest single-day races, certainly one of the hardest to be that consistent in. It’s one of the reasons why Tom Simpson is considered by many Belgian bike fans as one of their own, a true ‘Flandrien’. 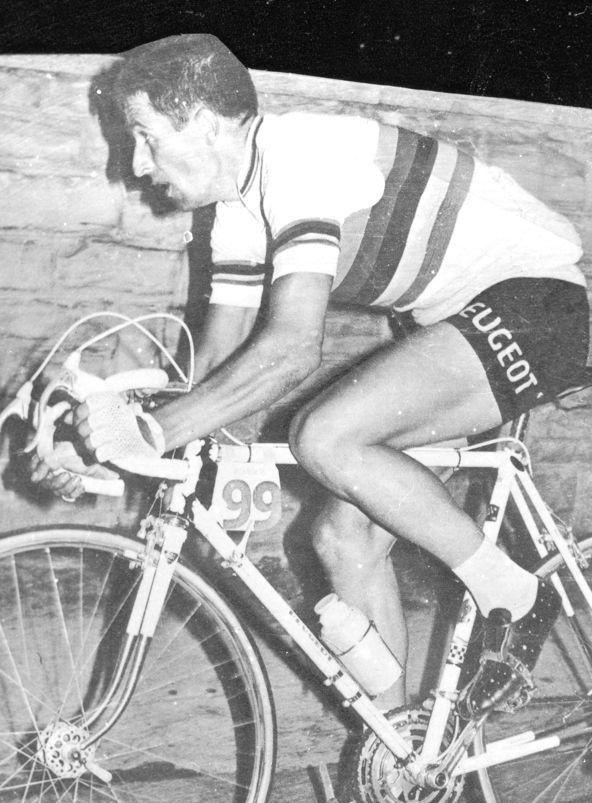 Or from our growing number of stockists listed in this link

Or at one of my book presentations (more are being added each week so keep checking if there isn’t one near you yet) listed in this link. 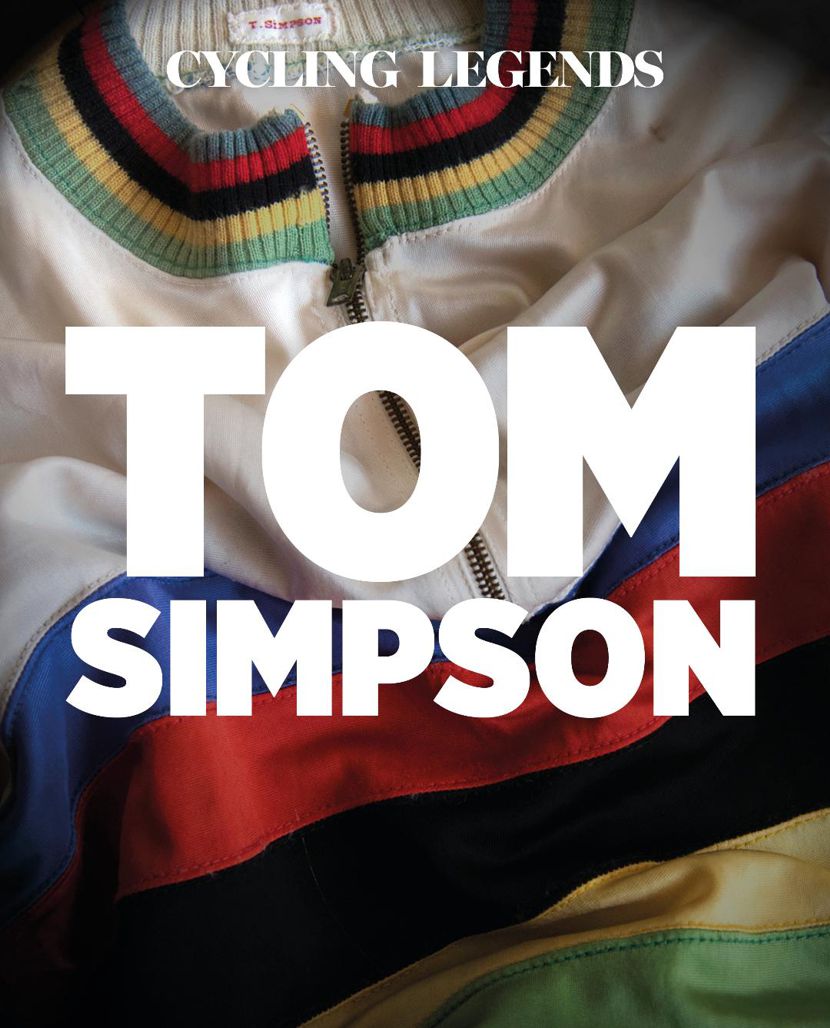